My sister was the one who originally got this book. Since she gave it to me, I finally decided to give the book a try. When I found out that there was a first book in this series, I went and immediately read the description. The scary this is, I think I have read it. So reading this book didn’t seem so confusing! This whole introduction might be a little confusing but welcome to a spoiler free review of this book. 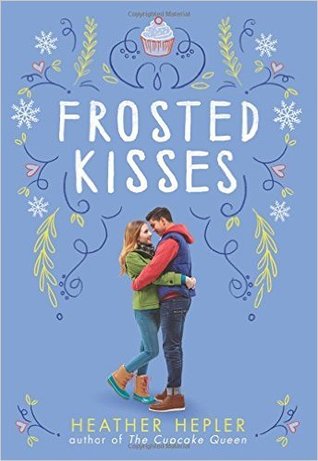 A delicious follow-up to Heather Hepler’s smash hit The Cupcake Queen!
Former Manhattan girl Penny has quickly discovered that life in a small town is never dull. Not when there’s a festival for every occasion, a Queen Bee to deal with, an animal shelter to save, and a cute boy to crush on.
There’s a new girl in town: Esmeralda. She’s beautiful, French, and just happens to be Queen Bee Charity’s best friend. Penny hopes the arrival of Esmeralda means Charity might be too busy to keep making her life miserable.
But Penny doesn’t have a lot of time to worry about Charity. Her best friend, Tally, has recruited her to help raise money to save the local animal shelter. Then there’s Marcus, the adorable and mysterious boy who Penny thinks maybe likes her as much as she likes him. Plus, this is Penny’s first holiday season as a “divorced” kid–although she has no idea what this means.
Can Penny help her friends save the shelter, navigate her new family dynamics, and get the boy, or will Charity and Esmeralda find a way to ruin everything?

About the Author: I was born in Kalamazoo, Michigan, which I think is one of the cooler places to be born because initially, people think I’m being funny—like I’m saying I was born on the moon, but then they see I’m actually being serious. It feels like since then I’ve lived nearly everywhere (well, only in the US—which is a bummer because I want to travel so much). In high school, I was in band and honors society and science club and worked on the school newspaper. All this in Texas where football was king and cheerleaders were the school royalty. When people ask me what I remember about middle school and high school, I stand there for several seconds not saying anything. This isn’t because I can’t remember anything, but because I remember too many things and I can’t figure out what to say out loud.
I spent the first part of college in Alaska, which was amazing. The first time I saw Northern Lights, I thought I was imagining it. I just couldn’t get my head around the idea that something so beautiful existed in the real world. That’s when I first started writing. This was my bad poetry phase. I think it was the combination of living there with long very cold winters and being in love with a guy that barely knew I existed that made me do it. People ask me all the time if I write poetry. I wish I could and maybe I will someday, but for now, I am firmly a fiction writer.

Penny’s parents have just gotten divorced. Her dad decided to stay in Manhatten and her and her mom has moved back to her hometown. And things are totally different than Manhatten. Penny is now living in the countryside and her mom is now owning a cupcake business. Penny has her friends Tally and Blake, and she also has her current crush, Marcus. But when everything in her life is going so great, life has a way of throwing things right back at her.

While I was reading this novel, I sort of felt like the characters in it weren’t prepared or thought out as well as other novels. Yes, they had a great story but there were certain things that I felt like the author should have researched a little more. This might not make any sense but you know when you read a YA novel and all it is about is romance and all these ‘problems all teenagers have’. Teenagers do have some of the issues that are mentioned in the novel but they don’t happen like they do in the book.

I thought that the book was planned well and that there was a good idea behind it. I also felt like Heather Helper knows how to write a book. The key word there: knows. I feel like the book could have been a little more developed. I felt like she sort of did the bare minimum for writing the novel because she sort of left out some details or descriptions that I felt would have been necessary for the book to be a little better. I feel like if I was in middle school or younger than what I am I would have enjoyed it a little more because it was really more amid for them.

Personally, I sort of feel like this idea wasn’t completely original and all but it was still sort of captivating. It held my attention span for the most part. FOR THE MOST PART. There were times that I felt like I was reading the same thing over and over again and I sort of was able to figure out what the ending of the book was going to be like but the first 50 pages. I feel like most YA romance novels are just like that – I am able to figure out what happens by the end of it. But as long as I was into the novel, I was good. Feelings towards throwing it against a wall or throwing it out a window because it got way too cheesy or cliche came ever so often because it happened.

Overall, I would have to give this book a 3.5 out of 5. It was a nice, quick read but I don’t really fit into the great reads. I feel like it was a nice read but it wasn’t one of those that I would want to read any other books in the series or anything else by the author. If you are one for romance and sweets, you should probably go and give this book a try.

One thought on “Frosted Kisses (The Cupcake Queen #2) | Book Review”