I watch a lot of TV Shows. I think I have watched at least one episode of every popular TV Show out there. Somehow I get some reading done and other things with me having on a Lifetime movie or another show. But the other day, I was reading through and I saw that Michelle @ Book Adventures did the TV Show Tag. I never even knew it was a thing so I had to do it. That leads us to here. Let me present you with… The TV Show Tag!

First TV show you ever watched 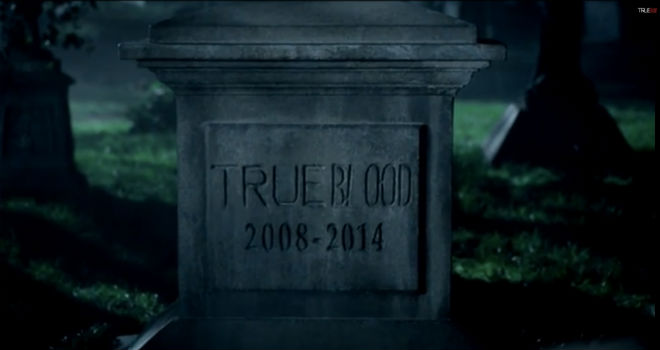 The first real TV Show I watched and I actually wanted to watch forever was probably True Blood. It was during my Twilight stage and my dad said I need to start that show. I finished the first book and watched the show. I really didn’t care for the first episode but it is one of those shows that gets better as you go on. Man, I love that show, even though it is over since 2014.

My all time favorite TV show. This is a really hard one because I have a lot of favorites. If I had to pick one, I would have to go with Westworld. We have these people who are controlled by others because they are basically computers. Yet again, this is another one that my dad got me into. It’s just so interesting to watch and try to piece in how everyone fits in. Plus, the Man in Black blew me away. I’m so ready for season 2 because I need to know if my theory about these stupid flies is true or not.

Like before, there are so many! I get a new one every show! Probably Murphy from The 100 has to take the top step. We all know how much I love The 100. It has to be one of my favorites. But Murphy added something the other characters didn’t. He was caring in his own way, adventurous, and didn’t care what he said. Now, Richard Harmon is haunting me because everything I have watched recently, he has made an appearance in.

This tag is really unfair. There is now stop to this answer. Just to save you the time, here are my top three OTPs because we might need to invent a new internet source for my answers.

Sookie Stackhouse and Eric Northman from True Blood. Even though Sookie had Bill Compton around, Eric had something else. It wasn’t just his good looks, but it was his something. I really don’t know how to describe Eric to you. I just thought he was amazing, brave, annoying, lovable, problem solver, and so many more things you need in a husband.

Bellamy Blake and Clarke Griffin from The 100 even though they have never been together. We have all the Clexa shippers but I come from a long line of Bellarke shippers because they would literally be my life. Theyy compliment each other up and down and it is so cute to watch them together. Bellamy seems to function better when he knows that Clarke and Octavia are safe. Clarke works better when she knows that Bellamy is okay. If you need a reference, just watch the last episode of season 4 again. Bring some tissues.

Alex Parrish and Ryan Booth from Quantico. This yet again one of my favorite shows. I don’t really know how to put this into words. Any time that these two are fighting against each other or hating each other, I just want to hit them on the top of their heads and make the go love each other. Then when they are together, I get these butterflies in my stomach because I love them so much. I get emotionally attached to TV Shows when I watch them.

Most disappointing ending or cancellation

Most of the shows that I watch basically have a great ending – people dying. How awesome is that?! I do watch other shows than just people killing people. There was a show that I watched called Chasing Life and I have no idea if it was canceled or it ended the way it did on purpose but it was terrible. I hated the ending of it. The show hasn’t been on for a while now and I still have a million questions about it. I just was hoping for something a little more April like for the ending of the show and I didn’t.

Game of Thrones for sure. Like I just said, I watch a lot of shows that have killing involved. Game of Thrones is no different. Thanks dad for getting me into this show as well. But I could be in the background, riding a horse, or killing someone. If Ed Sheeran can do it, I can do it.

A character you’d love to take out on a date

Alec Sadler from Continuum. This guy knows so much about computers and programming that it might be pretty fun to have a meal with. I won’t be totally lost because I do understand some of the stuff he is talking about compared to Kiera. I guess that would make my brother in law a Richard Harmon character. I told you he was haunting me! Plus, Alec is cute in his own sort of way.

I’m really not going to be going into a lot of detail because I’m actually writing a blog post about shows I couldn’t get into for the future but the one that I can’t stand is Orange Is The New Black. I tried to watch the first episode. I couldn’t get through the first 20 minutes without hating it. I tried. I think I tried three times. I couldn’t. It was just way too stupid and annoying!

A scene that made you cry like a baby

So many of them because I become emotionally attached to everything and everyone in a show. Probably the scene in Pretty Little Liars in season 3, episode 16. Without any spoilers, Spencer finds out something about Toby and I literally cried the whole episode.

A character with a killer wardrobe This is probably one of the hardest questions up here! Guess what! I don’t really care what the characters are wearing in a show. As long as they have clothes on, we are good. If I had to say one, it would have to go to Mona from Pretty Little Liars. Yes, that girl is a little insane but some of the clothes that she wears is amazing. Also Jenna. For a blind girl, Jenna has some good fashion senses.

If you have ever seen a TV or have thought about a TV, I am tagging you! Basically, that means I have officially tagged everyone to do it!

What is your favorite TV show? What are you currently watching? Do you watch more Netflix or actual cable/satellite TV? What is a show that you can’t get into? What would your answers be for the tag? Do you agree with anything? Disagree with me? Let me know your thoughts in the comments!