I was looking at my bookshelf and these two books looked right me. If they had fire in them, they would be trying to kill me. These two books belong to the author Kiera Cass. Then it hit me. I haven’t done an Author Talk in a while so why not do Kiera Cass? So, come along and learn a few things 🙂

A Little About Kiera Cass:

I am a graduate of Radford University with a B.S. in History. I grew up in South Carolina and currently live in Christiansburg, Virginia with my electrical engineer hubby, car-obsessed son, and princess-loving daughter. I’m a #1 New York Times bestseller, woohoo! I’m also a valued customer at my local cupcake shop.

Things I hate:
When people fail to use turn signals, flying, salads. About the Series: For thirty-five girls, the Selection is the chance of a lifetime. The opportunity to escape the life laid out for them since birth. To be swept up in a world of glittering gowns and priceless jewels. To live in a palace and compete for the heart of gorgeous Prince Maxon.
But for America Singer, being Selected is a nightmare. It means turning her back on her secret love with Aspen, who is a caste below her. Leaving her home to enter a fierce competition for a crown she doesn’t want. Living in a palace that is constantly threatened by violent rebel attacks.
Then America meets Prince Maxon. Gradually, she starts to question all the plans she’s made for herself—and realizes that the life she’s always dreamed of may not compare to a future she never imagined.

Movie? After two failed TV Pilot with CW, the book series has been opted to be turned into a movie as of 2015. Warner Bros. has bought the rights and DiNovi Pictures will be producing the movie. The screenplay will be written by Katie Lovejoy. 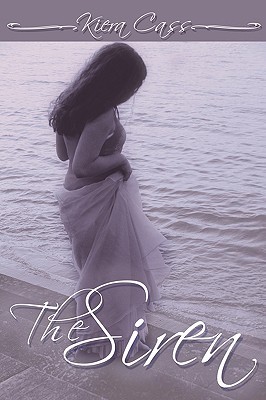 About the Book: “You must never do anything that might expose our secret. This means that, in general, you cannot form close bonds with humans. You can speak to us, and you can always commune with the Ocean, but you are deadly to humans. You are, essentially, a weapon. A very beautiful weapon. I won’t lie to you, it can be a lonely existence, but once you are done, you get to live. All you have to give, for now, is obedience and time…” The same speech has been given hundreds of times to hundreds of beautiful girls who enter the sisterhood of sirens. Kahlen has lived by these rules for years now, patiently waiting for the life she can call her own. But when Akinli, a human, enters her world, she can’t bring herself to live by the rules anymore. Suddenly the life she’s been waiting for doesn’t seem nearly as important as the one she’s living now.

My Thoughts on Keira Cass:

I am personally a fan of Kiera Cass’ The Selection, minus the fact that I found them a little predictable I wasn’t a big fan of The Siren but that was just because I found it boring. Kiera Cass seems like a great person to meet in person and she is adorable! I would love to go and have a conversation with her. She has an amazing writing style that will keep you wondering if what you are thinking is going to happen and her characters are great. There are moments that I am not as big as a fan of Kiera Cass’ because of something in a book or it deals with America Singer herself, but overall, I am a big fan of Kiera Cass.

Have you read anything from Kiera Cass? What did you think about it? Which is your favorite book and why? Who is another author you would like to see me do this with? Let me know your thoughts in the comments!