If you guys know me, you should know that I am a huge TV Show watcher. I have recently token the decently of rewatching every episode in the True Blood series, and that has worked very well. While I was looking for a tag to do, this one came up and I decided to do it. Since you have read this far, you are now officially tagged. I would like to know your answers because I always want to find a new TV Show to watch. I’m not going to do all of the questions but if you want all of them, let me know. Let’s get on with the tag!

Easy. I watched this one about a week ago, and if it has me watching the series, again, it has to be the best TV Pilot I know of. That would be True Blood basically because you have vampires and hot guys, and you can’t forget telepathic waitress.

The show Kevin from Work. My sisters loved this show but I could not watch even the first five minutes of the pilot. I have made it through several pilots but this one I could not stand. It was even worst when my sisters started to watch the show in the living room that forced me to watch the show when I was in there. It was the worst and the stupidest TV pilot I have ever seen.

Chasing Life, if you call that a series finale. I loved the show so much, maybe because of the character Leo, but I loved it. I watched it from the very beginning, with me thinking this is a dumb show but ended up loving the show. The series finale though. If you want to know why I say this is the best series finale, you need to start season 1 as soon as you finish reading this.

I hated the series finale of the show The Secret Life of the American Teenager. I just know realized that I watch a lot of ABC Family/Freeform. I really didn’t like it. I don’t know why I didn’t like it but I just didn’t. I guess it was one of those shows that just made me angrier because it was just getting stupider through the episodes.

I guess she would be considered more than just a TV Actress since she has been in a lot of stuff but I would have to say Emilia Clarke from Game of Thrones. She dies such a great job of playing the role and she is really pretty. I am excited to see her in Me Before You when I watch it since I want to see her in another situation/role on the big screen.

This one could be difficult since I love so many actors but I have to go with my gut. Like Emilia Clarke, he isn’t just a TV Actor, since lets be honest. No TV Actor just does television. I sort of fell in love with Stephen Moyer even before I started watching True  Blood. My mom wanted to watch The Sound of Music: Live with Carrie Underwood and him. I sort of loved the fact that he could really do everything so I kind of have to say he is my favorite TV Actor.

I really don’t watch that much reality TV but I used to watch Dance Moms so I’m going to consider that my reality TV show. From the show I would have to say Maddie Ziegler just because she is doing everything, minus the singing. I just really have high hopes for her future, even though I am NEVER watching the show again. 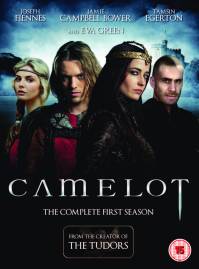 I hate that they cancelled the show Camelot from Starz. I watched the show last summer because I was addicted to Jamie Campbell Bower so I decided to give it a try. I really enjoyed it but there is only, and will only be one season. 😦

I can’t believe that I am actually saying, well typing this, but I would have to say Clary Fray from Shadowhunters. I know that the show is terrible in some ways but I really love how they have adapted this Clary to the modern world. I wish I could say otherwise but it is the truth.

I love Caleb off of Pretty Little Liars. I have loved him with Spencer the best, I know, but I love his personality and everything. I want to put him in a bottle and drink him up because I love him so much!

I hated him in the books and now in the show when I started to watch Game of Thrones. I hate King Joffery, who thank god died in season 1. I hated him so much that I would kill him the whole entire time. If you liked him, you must be some interesting person, but I hated him. I just hope that they do not bring him back to life in the future.

I guess I would have to say Shadowhunters because I really don’t know any other action shows I watch. I probably watch some other ones but I just can’t think of them. Even though there are some things I don’t like about it, I still watch it. Maybe because there are some really hot guys in the show. 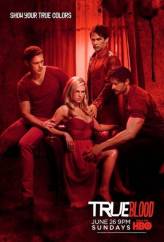 I have to go back to my gut and I have to say True Blood since it started my love of Fantasy shows. The show has brought me such love and feelings that I can’t live without it. Something about faeries, vampires, werewolves, shapeshifters, humans, etc just gets me in my mood. I love me my vampires!

Superstore is one of the stupidest shows in the world but I still love it. Something about the character’s personalities make me love the show a lot. This show, even though it is 30 minutes long, brings you 30 minutes of laughs. This show will make you feel happy whenever you feel down.

Man, there are so many. Should I name the actors or the character? There are a lot: Alexander Skarsgard/Eric Northman; Ryan Kawatan/Jason Stackhouse; Joe Manganiello/Alcide Herveaux; Tyler Blackburn/Caleb Rivers. The list could go on but I think the person that is my TV Crush has to be Eric Northman season 4 of True Blood since he has some stuff happen and you can’t help yourself but melt.

Oh, there are so many! I don’t think I could pick just one so here is list that I have compiled of all my TV OTPS.

Like I said before, I would love to know what your answers would be for this tag! Let me know in the comments what are some TV Shows you enjoy and what I should watch next.