When I went to the library the other day, I was searching the shelves for a book I have never heard of. That is when I found the book Shrimp. I was curious about what the book was about so I picked it up. I wasn’t as excited finishing it when I finished the book. 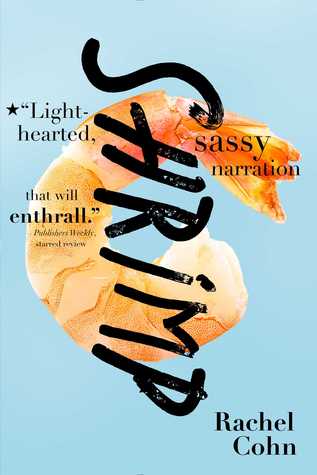 If Cyd Charisse knows one thing, it’s that Shrimp is her true love. Shrimp, the hottest pint-size surfer-artist in San Francisco. That boy (as her mother called him), who was the primary cause of Cyd being grounded to Alcatraz, formerly known as her room. The boy who dumped Cyd before she left home to spend the summer in New York City.

Now it’s the start of senior year. Cyd has changed, but maybe Shrimp has changed too—and maybe Cyd and Shrimp will need to get to know each other all over again to figure out if it’s for real. Can Cyd get back together with Shrimp and keep the peace with her mom? And can she get a life outside of her all-encompassing boy radar?

This sequel to Gingerbread has all the sharp humor and searing attitude of the original, which ELLEgirl praised as “not just Another Teen Novel” and Teen People called “unforgettable.” In Shrimp, Cyd might be a little older and a little wiser, but she’s still the same irrepressible free spirit determined to find her own way in the world, on her own terms.

Rachel grew up in the D.C. area and graduated from Barnard College with a B.A. in Political Science. She has written many YA novels, including three that she cowrote with her friend and colleague David Levithan. She lives and writes (when she’s not reading other people’s books, organizing her music library or looking for the best cappuccino) in New York City.

Before You Read The Book:

I have no clue why this, in the entire book, is my favorite scene in the entire book. I love the scene where Alexi and Cyd are in the car with each other and they make a midnight run to Krispy Kreme Doughnuts. They walk into the store and Alexi tells Cyd that he has grown to have a taste for Dunkin Doughnuts, with Cy telling him that he is crazy.

I gave this book on Goodreads a 2 out of 5 stars. I think I would have enjoyed it better if I had read the first book in the series. The book seemed to have a good plot but I really didn’t follow everything that happened in the book. I also didn’t enjoy the scenes with Shrimp’s ‘parents’. His parents to me seemed to at like teenagers instead of parents because of the drugs at the party.

I also had to take something away because Shrimp really didn’t behave the way I thought he would have when he found out that Cyd had an abortion with her ex-boyfriend Justin. I would have thought that he would start to act up or start yelling but all he did was kind of leave.

Who Would You Recommend This Book Too?

I would recommend this book to anyone who has not only read the first book but someone who is open to a good, funny book. Someone who enjoys reading very diverse books because there is a lot of diversity in the book. I don’t recommend any of these books to younger readers since it deals with some strong topics like dropping out of school, college, abortion, community services, sexual preferences, and young pregnancies.

“I will be as wild as I wanna be.” After getting tossed from her posh boarding school, wild, willful, and coffee addicted Cyd Charisse returns to San Francisco to live with her parents. But there’s no way Cyd can survive in her parents’ pristine house. Lucky for Cyd she’s got Gingerbread, her childhood rag doll and confidante, and her new surfer boyfriend.

When Cyd’s rebelliousness gets out of hand, her parents ship her off to New York City to spend the summer with “Frank real-dad,” her biological father. Trading in her parents for New York City grunge and getting to know her bio-dad and step-sibs is what Cyd has been waiting for her whole life. But summer in the city is not what Cyd expects — and she’s far from the daughter or sister that anyone could have imagined. 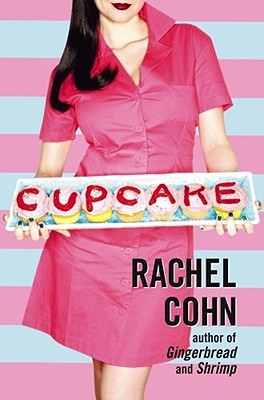 Cyd Charisse takes on Manhattan in this follow-up to Gingerbread and Shrimp. Now that she’s graduated from high school, Cyd crashes with her brother Danny in New York City, ready to start her fabulous independent life–that is, until she breaks her leg.

Have you read this book? Does this book series sound interesting to you? What book should I read soon? Let me know your thoughts down in the comments!