The cast of the Shadowhunters got together and hosted a chat session for the fans on April 8, 2016. Though it said it would give hints about Season 2, it didn’t. Seeing the cast get along and have fun the way they saw was fun. Also seeing Matt and Harry talk about/react to the Malec kiss was amazing! After the half hour episode, I did some searching (the Facebook page I follow for the Mortal Instruments) and this is what I discovered.

I actually am really excited to see what happens in season 2. I read at one place that the screenwriters and McG was going to pull things straight from the book so I am praying that the line, “Nothing less than 6 inches,” is thrown in there.

I don’t know how much I believe this one. I saw several places say September for the air date and then I saw several saying early 2017. I think it would be kind of weird that they have the show switch from Tuesdays to Sundays. I don’t know how I would like that switch since I would have to wake up the next morning and go to school.

3. Jamie Campbell Bower could play a small part in the show

That would be funny if this is true. I was talking to some friends on Friday about how they liked him better as Jace (even though I like Dom better). I would love to see him back on the screen because it has been so long since I have seen something with him in it. I would love to see how he acts in both the movie (as Jace) and the show (as a random character). Just as long as he isn’t Jordan. I have the perfect Jordan picked out. What if Jamie is Sebastian…

4. Maureen is seen a lot more

I never really liked Maureen. I never liked her in the books as well. I felt like she was a character there for comic relief in a way. She never had a place in my heart like the other characters did. I would love to see Simon happy, in love, but I wish it was with Izzy. McG better not turn her into a vampire yet.

5. Jocelyn and Luke “have a lot in store”

I hated that Jocelyn and Luke never kissed in the finale of season 1. I hoped that they would have kissed, one of the several times that they were in a lock down stare. I really hope that they start to go out by the end of 2A.

Here we go with the same phrase. I really love that quote. A little too much you think? This is the part when Jace and Clary go and more awkwardness happens between them because they are confused because they don’t know if they are related or not. I am excited to see who they would get to play the Seelie Queen because if it was up to me, I would get Jennifer Lawrence. I feel that Jennifer would be fun to see playing a Queen and being serious for once in a movie.

7. Maia will be there

My question is here: Is Jordan going to be there? Are they going to get me to fall in love with Maia and Jordan and then when everything happens in City of Heavenly Fire they want me dead. I also know who I would want for this role as well. Hailee Steinfeld would be a great Maia. Hailee wouldn’t fit the characteristics exactly but I think she would look great as a werewolf.

William Herondale is going to be there even though he’s not exactly here. I want to see my William. I know my friend Mackenzie will be hoping that her James will be there. Will and Jem reunion is in the future, I hope.

9. Jace and Clary will not be siblings at the end of 2A

10. Malec is turned up a level

Malec ended season 1 with me wondering. I love Malec way to much and I want to see them involve into what they were in the books, as long as they don’t break my heart like they do in the series in City of Lost Souls and City of Heavenly Fire. 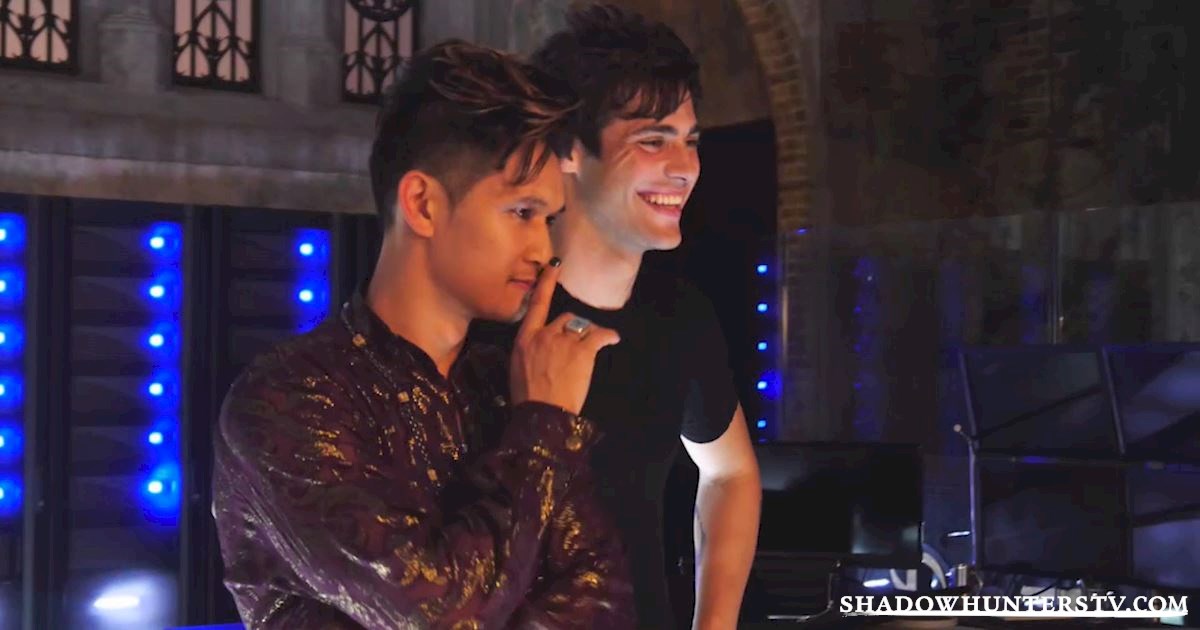 ~None of this has been confirmed by McG or any screenwriter/producers have stated if these are true or not as of April 8, 2016~

By now you know I have a problem with an obsession with Cassandra Clare. I am really excited to see how Season 2 works out. Like I said, none of them have been confirmed as being true yet, but I have read as of April 8, 2016. Let me dream what I want. Okay? Okay.