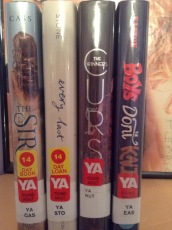 It’s been a while since I have made a trip to the library and something in me wanted to take a trip there yesterday. I asked my parents if we could go and my mom took me to go to the library. My mom notices that she and my dad could vote right across the street so she got my dad down there to vote after we went to the library. Since I couldn’t vote, since I’m not 18, I stayed in the car and I did finish Heir of Fire by: Sarah J. Maas.

The Siren by: Kiera Cass

Synopsis: A girl with a secret. The boy of her dreams. An Ocean between them. Years ago, Kahlen was rescued from drowning by the Ocean. To repay her debt, she has served as a Siren ever since, using her voice to lure countless strangers to their deaths. Though a single word from Kahlen can kill, she can’t resist spending her days on land, watching ordinary people and longing for the day when she will be able to speak and laugh and live freely among them again. Kahlen is resigned to finishing her sentence in solitude…until she meets Akinli. Handsome, caring, and kind, Akinli is everything Kahlen ever dreamed of. Falling in love with a human breaks the Ocean’s rules. But for the first time in a lifetime of following the rules, Kahlen is determined to follow her heart.

I have been a big Kiera Cass fan since October 2014 when I read The Selection Series. I have read all three of the books (there were only three out at the time) in two days and I loved them. I was able to figure out who America ended up with since the beginning of the first book but I absolutely loved them. I really don’t know anything about the book, and the only thing that I know is what I read in the synopsis. I am hoping that it is as good as her other books, even though it has like a 3.7 out of 5 stars on Goodreads.

About the Author: Kiera Cass is an American writer of young-adult fiction, most known for The Selection and its sequels. Cass was born and raised in South Carolina and graduated in 1999 from Socastee High School in Myrtle Beach. She attended Coastal Carolina University before transferring to Radford University. She graduated from Radford with a degree in History.

Synopsis: If you could read my mind, you wouldn’t be smiling. Samantha McAllister looks just like the rest of the popular girls in her junior class. But hidden beneath the straightened hair and expertly applied makeup is a secret that her friends would never understand: Sam has Purely-Obsessional OCD and is consumed by a stream of dark thoughts and worries that she can’t turn off. Second-guessing every move, thought, and word makes daily life a struggle, and it doesn’t help that her lifelong friends will turn toxic at the first sign of a wrong outfit, wrong lunch, or wrong crush. Yet Sam knows she’d be truly crazy to leave the protection of the most popular girls in school. So when Sam meets Caroline, she has to keep her new friend with a refreshing sense of humor and no style a secret, right up there with Sam’s weekly visits to her psychiatrist. Caroline introduces Sam to Poet’s Corner, a hidden room and a tight-knit group of misfits who have been ignored by the school at large. Sam is drawn to them immediately, especially a guitar-playing guy with a talent for verse, and starts to discover a whole new side of herself. Slowly, she begins to feel more “normal” than she ever has as part of the popular crowd . . . until she finds a new reason to question her sanity and all she holds dear.

I have been wanting to pick up this book for a while now. I have been interested in this book since it came out but I haven’t heard of the author before so I didn’t want to pick it up and bought it. I believe that I have a small case of OCD which I feel like it makes me want to read the book even more. Everything that happens in the book somehow sounds like me. Everything with the clothes and the people, until you meet that one person who shows you that you are the best you and you need to find your own passions. I am so excited to read this book!

About the Author: Tamara Ireland Stone is the author of the New York Times bestseller, Every Last Word, a story about a teen with OCD who discovers a secret poetry club that changes her life in unexpected ways. Stone is also the author of Time Between Us, which has been published in over twenty countries, and its companion novel, Time After Time. The series follows a teen time traveler from present day and a girl in 1995 he can’t seem to leave in his past. A former Silicon Valley marketing executive, Stone enjoys skiing, traveling, and going to concerts. She lives in the San Francisco Bay Area with her husband and two children.

The Winner’s Curse by: Marie Rutkoski 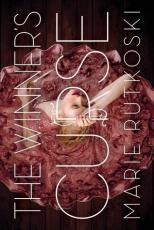 Synopsis: Winning what you want may cost you everything you love. As a general’s daughter in a vast empire that revels in war and enslaves those it conquers, seventeen-year-old Kestrel has two choices: she can join the military or get married. But Kestrel has other intentions. One day, she is startled to find a kindred spirit in a young slave up for auction. Arin’s eyes seem to defy everything and everyone. Following her instinct, Kestrel buys him—with unexpected consequences. It’s not long before she has to hide her growing love for Arin. But he, too, has a secret, and Kestrel quickly learns that the price she paid for a fellow human is much higher than she ever could have imagined. Set in a richly imagined new world, The Winner’s Curse by Marie Rutkoski is a story of deadly games where everything is at stake, and the gamble is whether you will keep your head or lose your heart.

I have heard that this book is amazing for a while now. I really don’t know why I haven’t read this book yet. I saw this book and I almost picked up the first two books in the series but I wanted to make sure I liked the first book before I got the second book. I have heard people at school who likes the same books as I do and they all have told me to read this book. I want to see if it is as amazing as they say.

About the Author: Marie K. Rutkoski in Hinsdale, Illinois is an American children’s writer, and professor at Brooklyn College. She has three younger siblings. She graduated from the University of Iowa with a B.A. in English with a minor in French in 1999, and then her English M.A. and Ph.D. from Harvard University in 2003 and 2006 respectively. She lives in New York City with her husband and son. 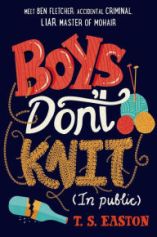 Synopsis: Knitting is a man’s game. After an incident regarding a crossing guard and a bottle of Martini & Rossi (and his bonehead friends), 17-year-old worrier Ben Fletcher must develop his sense of social alignment, take up a hobby, and do some community service to avoid any further probation. He takes a knitting class (it was that or his father’s mechanic class) under the impression that it’s taught by the hot teacher all the boys like. Turns out, it’s not. Perfect. Regardless, he sticks with it and comes to find that he’s a natural knitter, maybe even great. It even helps ease his anxiety and worrying. The only challenge now is to keep it hidden from his friends, his crush, and his soccer-obsessed father. What a tangled web Ben has weaved . . . or knitted.

Yes, I did add this to my March Book Releases. The one on the list was the paperback version because I thought for sure that I was going to be buying it when it came out. I was walking through the isle of the Young Adult Section and I spotted this book. I couldn’t wait until the paperback version to read it so I grabbed it. I am actually currently reading this one right now!

About the Author: I am an experienced author of fiction for all ages and have had more than thirty books published. I have written under a number of different pseudonyms in a variety of genres. Subjects include vampires, pirates, pandemics and teenage agony aunts (not all in the same book). I live in Surrey with my wife, three children and two cats. In my spare time I work as a Production Manager for a UK publisher. My latest book is An English Boy in New York, the sequel to Boys Don’t Knit, published by Hot Key Books.

When’s the last time that you went to a public library? What about a school library? How do you feel about borrowing books or would you rather just buy all of your books? Let me know in the comments below!

Search High and Low for a Great Time,